The Studio System: a monopoly of the film industry.

The studio system was a big part of the success of Classic Hollywood. It was a system that made sure that the biggest studios in Hollywood were in total control of the movies they made and that the movies would be distributed.

They usually had the actors, producers, directors and writers under contract, owned the film processing and laboratories and created the prints. The studios were also infamous for ‘owning’ their stars, a practice that is known as the star system.

The studios owned either partially or outright 17% of the theaters in America, accounting for 45% of the film-rental revenue.The decline of the studio system began in 1948 with the verdict in the antitrust case United States vs. Paramount Pictures, inc.This decision outlawed the practice of block booking and forced the studios to sell their theater chains.

A lot of people profited from the end of the studio system. But soon enough the movie industry suffered a final blow that would change Hollywood forever: the rise of television…… 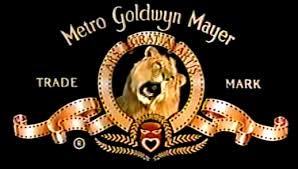 After 1955, there was an end to mass production of films by a studio. It was replaced with the “diffusion of independent production”. After World War II, most films were being made by the independent film companies which resulted in the package-unit system of production. The former system of production was the producer-unit system which was based on the strategy of “an individual company containing the source of the labor and materials”. However, the package-unit system was based on the concept that a producer organized a film project, secured the financing, arranged for the laborers as well as the equipment and sites for the production through a leasing arrangement with the major studio and other support firms. “Costumes, cameras, special effects technology, lighting and recording equipment were specialties of various support companies available for component packaging” (Bordwell, et. al., 1985, p. 330).

When youth oriented films Bonnie and Clyde and The Graduate (both 1967) and Easy Rider (1969) became hits, there grew an industry wide perception that appealing to this youth market would be the key to reviving the sagging box-office (Cook, 2000: 67-68).

Independent talent agencies became purely as financiers and distributers of other people ‘s package product. In reality they started robing the big studios long after that!

Essentially  a “package” would require three elements,though not all three was necessarily:

The consolidation of the Unit Package System began in 1960 with the great success of the Actor-Producer Warren Betty’s film Bonnie and Clyde. The New Hollywood was all about: violence, sex and art.

Clyde Barrow, recently out of prison, has turned to bank robbery. He meets Bonnie Parker and together the two form the nucleus of a gang of bank robbers who terrorize the southwest in the 1920s. Based on the true story of a pair of notorious bank robbers, the film personalizes them while still showing the violence that went along with them.

A poor old sod who's trying to stand out in this magnificent world...
%d bloggers like this: